What is the 305-day Mature Equivalent milk production (305ME)?

The 305 ME is a value that allows fair comparisons among the production of cows from the same breed in different environments and stages of their productive live. The calculation is composed of two parts, the estimation of the 305-day actual milk production based on the milk weights recorded during test days and the mature equivalent correction factor (ME Factor). The ME Factor corrects for the effects of lactation number, age at freshening, season of calving, previous days open, and the United States region.  Although the calculation seems to be very simple, the estimation of 305-day actual milk production using only the milk weights from test days is a complex process that can be approached using different methodologies that result in different values. Most testing centers in the United States use Bestpred (Cole and VanRaden, 2006) to calculate 305-day actual milk production and the 305ME. Bestpred is a method in which test-day data are compared with breed- and parity-specific herd lactation curves. Although Bestpred is an accurate method to estimate the 305-day actual milk production after mid-lactation, their creators reported that Bestpred systematically underestimates milk yields early and very late in lactation (Cole and VanRaden, 2006).

How does BoviSync® calculate the 305ME?

BoviSync® uses the same system and values as Bestpred to calculate the mature equivalent correction factor (ME Factor) and has developed a new method to calculate the 305-day actual milk production. The BoviSync method uses a dynamic algorithm that relates directly the milk weights from test days with the final 305-day actual milk production. The BoviSync® algorithm is dynamic because dairy farms are dynamic. Farmers are making great efforts to continuously improve the genetics and the management of their herds. As a result, lactation curves and milk production are changing and improving continuously, and prediction algorithms are also becoming obsolete continuously. To solve this, the BoviSync® algorithm is updated and recalculated periodically.   Animals must have at least one milk test at least seven days after fresh to generate a 305ME value.

Figures 1 and 2 show the differences through a lactation between the BoviSync® calculated values for 305ME and the values calculated by Bestpred and DairyComp305® respectively.  As observed in both figures, the three different systems provide similar and accurate estimations after 300 DIM, but Bestpred, as previously mentioned, is slightly underestimating the 305ME values until 175 DIM (Figure 1) and DairyComp305® is underestimating the 305ME values until 275 DIM (Figure 2). In conclusion, all systems generate valid values after 275 DIM but BoviSync® provides more accurate predictions earlier in lactation. 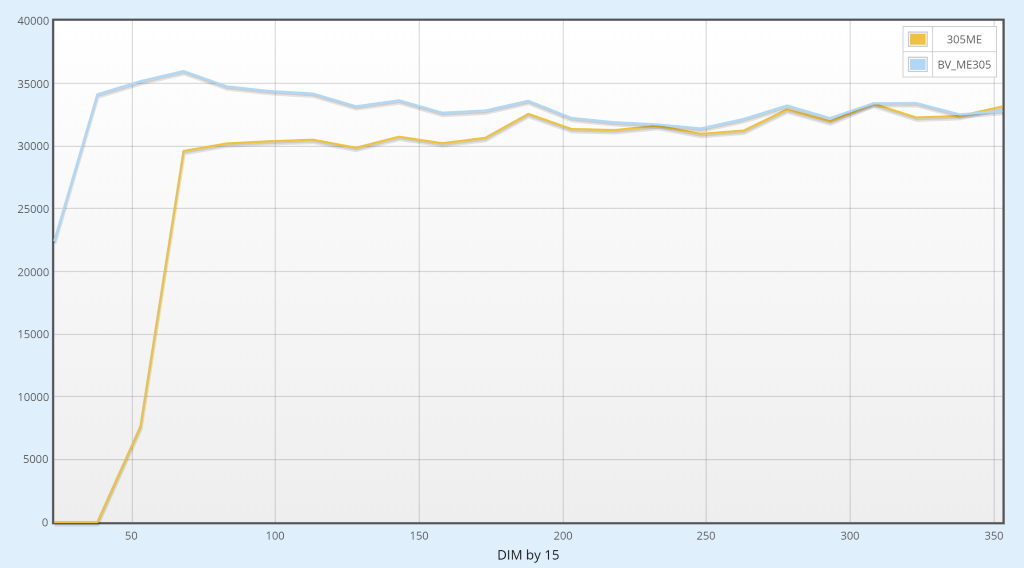 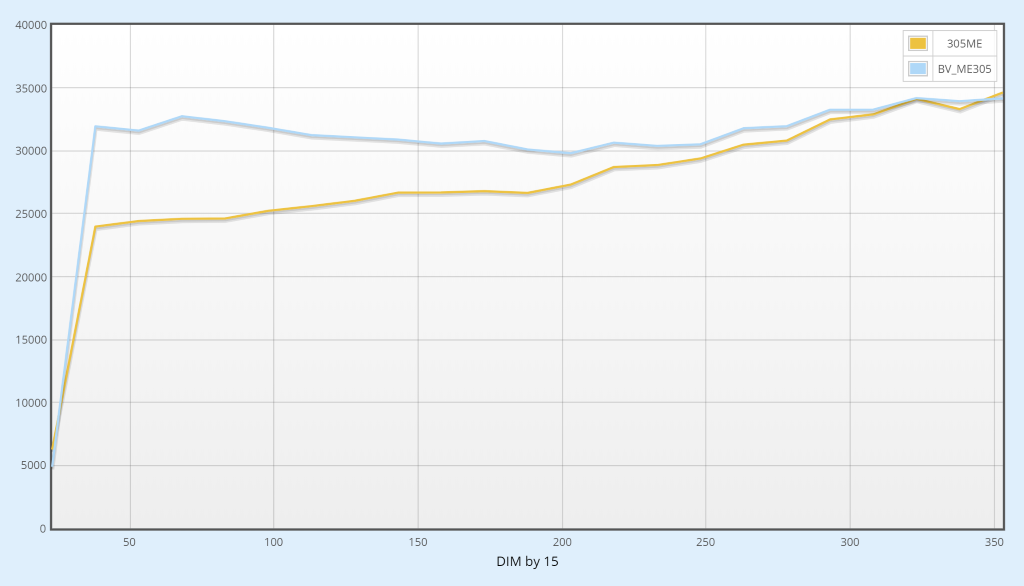 BoviSync calculates the lifetime production for milk, fat, and protein.  It does this by evaluating all the milk tests of the lifetime of the animal and developing lactation curves for each lactation of the animal.  To ensure accurate lifetime predictions, BoviSync uses the standard set by the USDA ARS in Bestpred.  Lactation curves that fail to meet that standard are not evaluated and no value is estimated for the animal due to the low quality of the prediction.
Quality standards are:
1) The animal must have 3 valid milk tests before 150 DIM
2) The maximum average testday interval is 50 days
3) Valid milk tests are defined as happening after 7 DIM and are not lower than 60% of the expected milk production
References: